In a beautiful green setting just a couple of hours away from the hustle and bustle of Athens, a unique get together of different people, sounds, and musical styles took place around mid-August in the 4th edition of the Arvanitsa Music Forest Festival.

Nestled inside a lush landscape, the stage was surrounded by tall green firs, its powerful projectors and strong lights bringing forth a symbolism that run throughout the festival: the convergence of old and new, traditional and modern, urban and rural. 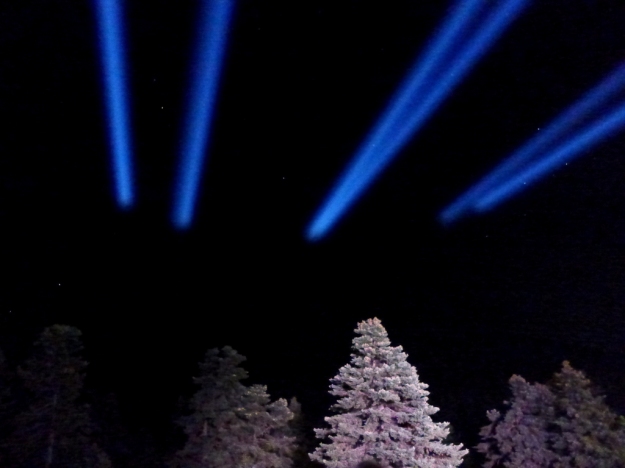 The music of uprooting

Intensified and increasingly relevant due to the ongoing socio-economic crisis in Greece, the theme of emigration and resettling was recurrent in the performances of several artists who treated it both as a vehicle for artistic expression and socio-political commentary.

A case in point is Hamayun and Wakar by Greek songwriter Thanassis Papakonstantinou. The song relates the tragic story of Hamayun Anwar and Wakar Ahmed, two young men from Pakistan who lost their lives in 2012 while trying to save an elderly Greek couple that was trapped on rail tracks.

Another highlight included the electrifying renditions of popular folk tunes by Villagers of Ioannina City (aka VIC), a Greek band that brings together folk influences with post, stoner and psychedelic rock elements. Songs such as Jiannim or Chalasia combine skilfully the traditional form and emotional undertones of Greek folk song with a contemporary sound and orchestration, thus reaching out to audiences that would otherwise have little or no interest in folk music.

This happens when city folks gather in the forest to play, listen and sing to the the new old sound of Greek folk rock music.