In many cultures lamentation has found expression in art, and is often associated with song. There are instances, however, where the grief is unleashed by means of music alone and the haunting presence of human voice is replaced by musical instruments that assume the role of mourners.

The region of Epirus, in the northwest of Greece, is renowned for its long musical tradition associated with skilled local musicians and various distinctive (mostly pentatonic and polyphonic) folk songs. Among these, lament songs (mirolóyia) occupy a prominent place, having been sung for centuries beside grave sites and during mourning rituals. 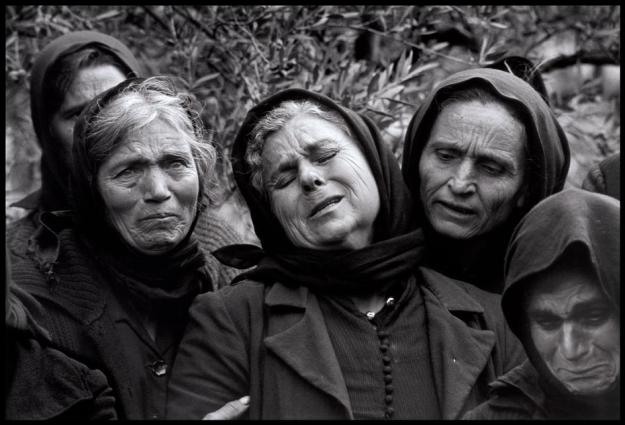 One such lament from Epirus (“Epirotiko Mirologi”) was recorded on September 20, 1926 by Greek violinist Alexis Zoumbas, who was born in the hinterlands of Epirus in 1883 and immigrated to New York City in 1910. In this highly emotive recording, one can feel through Zoumbas’s emotionally charged playing an intense grief, no doubt sparked by the deep yearning for his home soil.

Moreover, from a musical standpoint, it is interesting to trace the direct influence of such instrumental treatments on subsequent non-folk Greek music, as in the case of Socrates and their popular song Mountains.

In neighboring Turkey, the song “Yemen Türküsü” mourns the death of Turkish soldiers in Yemen during the First World War. The well known folk song can be found in several different versions, and it has been also performed by Taksim Trio, a band of accomplished instrumentalists (Hüsnü Şenlendirici – clarinet, Aytaç Doğan – qanun, İsmail Tunçbilek – baglama) that has been part of Istanbul’s diverse and vibrant music scene.

One of the oldest and most despondent forms of flamenco music, siguiriyas is characterized by its profound, expressive style and tragic nature. When sung, the lyrics reflect the suffering of human relationships, love and death; however, it is also encountered as an instrumental piece with great potential for emotional outlet in the hands of the capable and sensitive artist – as in this performance by flamenco composer and guitarist Manolo Sanlúcar.

Great music is often born when different cultures meet and intermingle. Such is the case with Istanbul, this unique crossroads of diverse civilizations and musical traditions.

My first encounter with the music of Istanbul was made through Fatih Akin’s excellent film Crossing the Bridge (2005), a documentary about Istanbul’s contemporary music scene. Akin follows German musician Alexander Hacke as he wanders around Istanbul with a mobile recording studio, trying to capture the musical identity of the city  in all its manifestations. In the process, they meet and record several bands and musicians from a variety of genres, ranging from traditional Turkish music to rap, indie and experimental rock.

One of the film’s highlights is a performance by the psychedelic band Baba Zula together with Hacke and Canadian folk musician Brenna MacCrimmon, all aboard a small boat on the Bosporus, their music gracefully accompanied by the glorious sunset…

I would get to see Baba Zula perform live in Istanbul’s famous music venue Babylon in 2011, when I had the opportunity to spend a good few weeks in the Genoese neighborhood around Galata Tower. 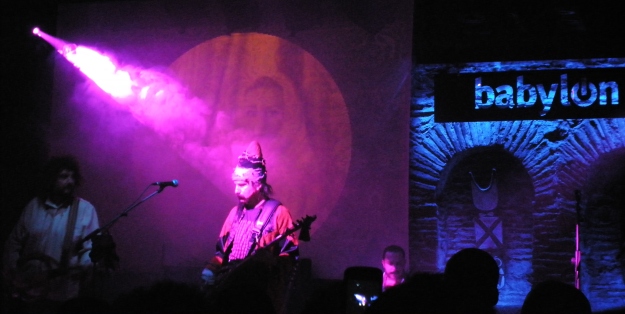 It didn’t take long before I fell in love with Istanbul’s vibe and unique character. It felt as the whole city pulsated with music. A music of a very peculiar kind, comprised of all the sounds emanating from the Sea of Marmara and the countless little alleys, intertwined with the city’s buzz and the tunes played by street musicians, eventually meeting the muezzin’s call to prayer, thus forming a unified whole the reverberations of which seemed to be felt everywhere.

Memories of Istanbul and its music were recently brought back to me by listening to Istanbul Twilight, a remarkable depiction of the city’s diverse soundscape. Offering a musical panorama of Istanbul, this compilation includes music from Baba Zula and other prominent Turkish artists such as Burhan Öçal, Mercan Dede, and Taksim Trio.

It is almost impossible to fully grasp and absorb such a dynamic and vibrant music scene. It is perhaps best to let go, and simply immerse one’s self in the richness and beauty of Istanbul’s sounds; not unlikely one follows the muezzin’s mesmerizing voice in order to reach -even momentarily- heavenly, outworldly realms.