Here is wisdom. Let him who has understanding calculate the number of the beast, for it is the number of a man: His number is 666.

Although 60s-70s Greek rock music was of no particular interest to the international public (not least because of obvious linguistic reasons), there were however some notable exceptions. Perhaps the most well-known Greek English-singing band of the era is Aphrodite’s Child (named after a song by Dick Campbell), formed in 1967 by Vangelis Papathanassiou (keyboards), Demis Roussos (bass guitar and vocals), Loukas Sideras (drums and vocals), and Anargyros “Silver” Koulouris (guitar).

Their first single Rain and Tears (1968), an adaptation of Pachelbel’s famous Canon in D, was recorded while the band was based in France. It met with considerable international success and went on to sell more than one million copies.

The band’s undisputed masterpiece, however, would be 666 (The Apocalypse of John, 13/18). Recorded between late 1970 and early 1971, 666 is considered a landmark in the history of progressive rock. An album of astonishing musical diversity, it was a powerful combination of original concept and highly innovative sound.

666 was largely Vangelis’s own musical project, as is testified by the advanced (for the time) use of synthesizers/keyboards, sound effects, and overall production. Musically, the album contains several remarkable moments (e.g. Aegean Sea, Break, The Four Horsemen), however it works best when seen as an uninterrupted, thematically-unified musical composition. 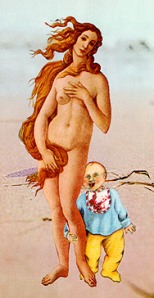 Its musical merits notwithstanding, the release of 666 was not unproblematic. The record company did not approve of the record’s length and largely experimental style, to say nothing about its subject matter. To top it off, the track “∞” featured Greek actress Irene Papas singing frantically “I was, I am, I am to come” in an aural simulation of female orgasm.

When the double album was eventually released in 1972 (one year after it had been completed), its blood-red cover (where the number 666 is prominently displayed) would also stir some controversy. This, however, only helped to boost the album’s sales, which exceeded 20 million copies worldwide.

Despite being the band’s greatest achievement, 666 would also be their swan song. Relationships between band members grew increasingly worse during the album’s recording, and by the time the record was out Aphrodite’s Child had already split. Both Roussos and Vangelis would follow successful solo careers, the latter achieving worldwide fame as a composer of electronic music (including the soundtracks for Blade Runner and Chariots of Fire).

Even though the children of Aphrodite had chosen to go their separate ways, they had managed to give birth (albeit a troubled one) to their psychedelic masterpiece – an everlasting monument of Greek rock music and one of the defining albums of the 70s progressive and experimental scenes.